What is Jeune Syndrome?

Jeune Syndrome is caused by defective cilia (hair-like protrusions that protrude from the cell), which underlies many genetic conditions that are collectively known as ‘ciliopathies’.

Jeune Syndrome is an autosomal recessive genetic condition which means that both parents must carry a defective copy of a Jeune gene and that any children that they conceive will have a one in four chance of developing Jeune Syndrome. 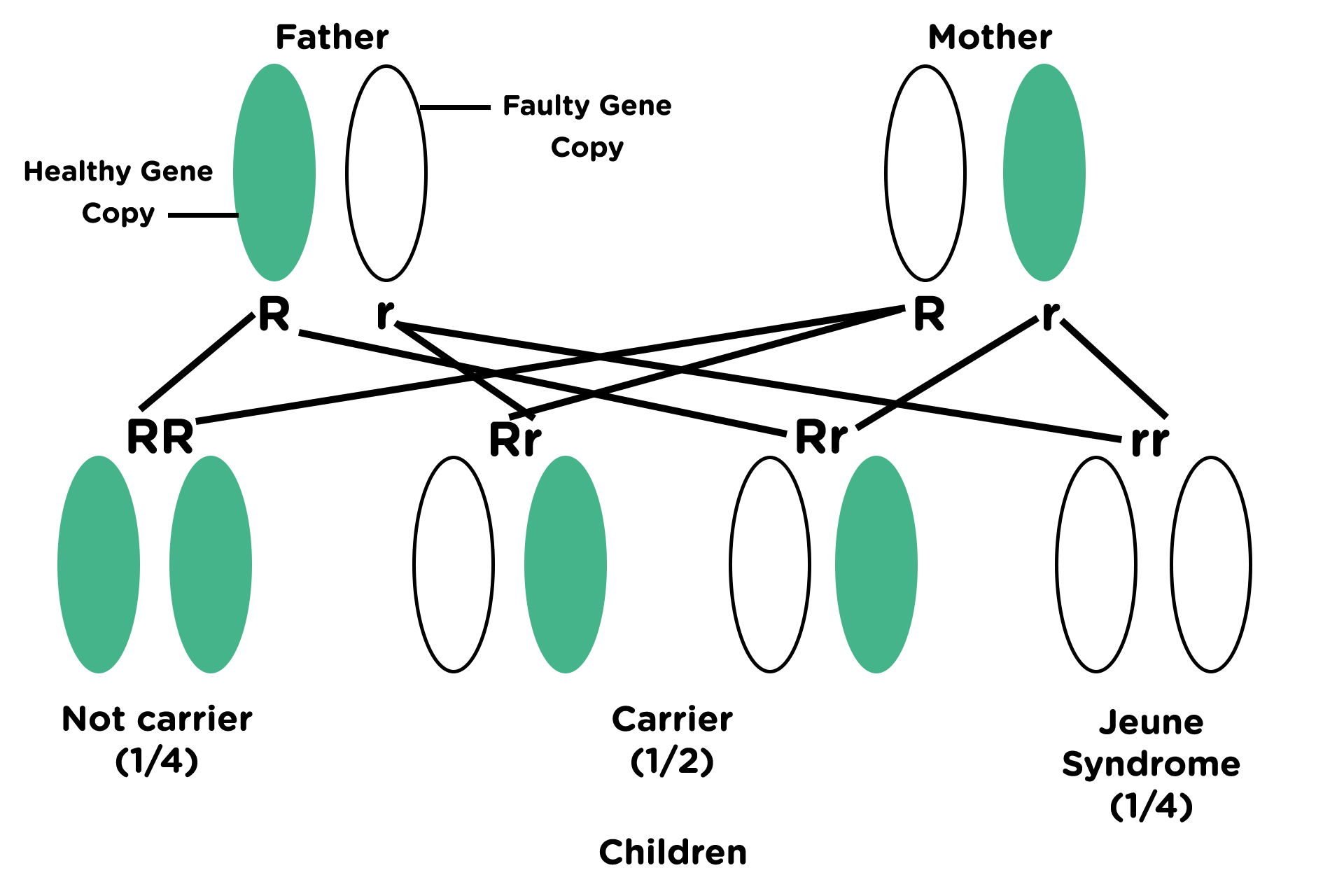 The estimation of how many people with Jeune Syndrome there are varies hugely, from a meagre 250 worldwide to a probably more fair estimate of between 60 to 70,000 cases worldwide.

Thanks to modern techniques in post natal care, many of these children are now living well into their teens and adulthood.

Unfortunately, due to its rarity, Jeune Syndrome is severely under diagnosed with many experienced geneticists and paediatricians never having seen a case before.

A suspected case of Jeune Syndrome is usually picked up on at or shortly after birth. These families are then referred on to their regional genetics service who make the diagnosis on certain Jeune characteristics, primarily taken from X ray imaging which may show abnormal pelvis configuration, shortening of the ribs and long bones (limbs), small thoracic cavity and abnormally shaped interphalangeal articulations (the hinge joints between the fingers).

Although Jeune Syndrome is its most commonly used name, it can also be referred to as Asphyxiating Thoracic Dystrophy (ATD or JATD).