Here are some biographies of people living with Jeunes either as parents or having Jeune Syndrome themselves. If you would like to contribute a biography to the website, please get in touch at the email address at the bottom. 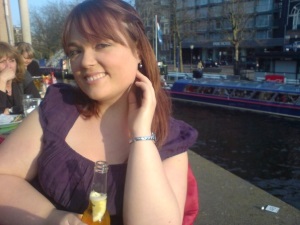 My name is Valerie Kiln-Barfoot and I’m a 27 year old who was diagnosed with Jeunes Syndrome at birth.
I am lucky enough to have only a relatively mild form of Jeunes which has only caused skeletal abnormalities which means I use a wheelchair.

I live down in West Sussex and work as a post graduate researcher in dementia care. I have loads of hobbies including playing the guitar, horse riding and being a trustee for a local disability charity and the Jeunes Syndrome representative at the Ciliopathy Alliance.

If I could give one piece of advice or reassurance to other families living with Jeunes it would be that things will get better. Not all days are going to be all sunshine and like but I lead as ‘normal’ a life as any. I still work, I still live independently, drive a car, went to university. It may be a different life to others but I wouldn’t say its any less worthy a life or any less enjoyable. 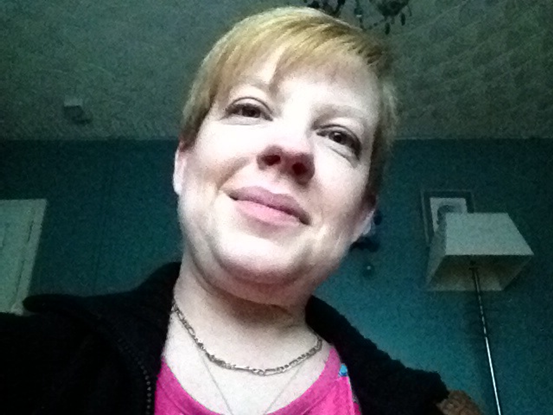 I am a 36 year old lady living with Jeune syndrome. I was a complete surprise to my parents when I was born, having already had one child with no complications, and no scans. I was whisked away from my mum when I was born as they quickly realised something wasn’t quite right. It took however, two years before they had a definitive diagnosis for me. Although when he was alive my maternal grandfather could remember a baby that was born too small and died, perhaps a case of Jeune?

I am fortunate to only have a mild case of the condition, although I seem to be one of the shorter ones at only 4 feet tall! I have also been lucky in that my health has been pretty stable, other than the obligatory chest infection with a cold as a child, and glue ear, I did ok. As I got older I grew out of this.

I went to a mainstream school with some special adaptions and measures to make life a little easier for me. I also went on to further education and held down both full and part-time jobs. However at the age of 28 I developed some problems with my spine that have since left me unable to work, and I suffer from hip dysplasia which has become very painful of late. Not sure if any of that is Jeune related or not?

I live in Wales with my sister and my niece. I drive and have a few hobbies that my body allows me to do for short periods of time. Overall life is good and I remain positive and thankful that my complications are few.

From what I have been told there were a few tests done after birth including a lumbar puncture I presume other tests would be bloods, scans etc They also thought I may have Down’s due to me only having three lines on my hands (not sure if this is just coincidence or related to Jeunes). I was in hospital for 3 weeks presumably so they could do tests etc.

Feeding was a big issue as as soon as I was fed I would be sick and in the end mum and dad fed me over the sink as they knew what was going to happen. They were told to just persevere. Knowing what I do now it was obviously due to the narrow ribcage but all they were told was that the first year of life was the most crucial and if I could survive that then it was good which 30 years on I’m still here.

Growing up I didn’t want to know anything about my condition as I didn’t like going to appointments or getting blood taken, nightmare patient that was me. At appointments they would get me to do a 24hr urine collection the night before for creatanine clearance, take bloods on the day (eventually and with the help of Emla cream) and every 2 years they did a kidney and liver ultrasound scan. While being seen by the Paediatricians the whole focus was on the kidney function but since starting to get checked again since pregnancy all the focus is on the liver function which actually improved during pregnancy but did rise again afterwards but is slowly coming back down though not back at my baseline as yet.

When I was 17 the Paediatricians could no longer see me but they didn’t want to pass me onto more than one doctor so decided a renal specialist was the best option. I think I saw him when I was around 20 years old he sent me for a kidney MRI to look for cysts on the kidneys and if there weren’t any which there wasn’t then it was highly unlikely I would develop renal failure.

Never saw anyone again until seeing a geneticist who said that there was ongoing research and could they have blood for storage until they developed a technique to test which gene Jeunes was on and as I was a nightmare at getting blood taken I said no. I think I saw them one more time when I went through the having children talk. All they could tell me was that I had a one in four chance of passing the gene on but as my husband didn’t have Jeunes any children could just be carriers. I saw an Obstetrician who said that until I was pregnant there was nothing they would do and would play it by year.

When I got pregnant I was referred back to the Obstetrician who monitored me but not as often as I thought he would. A Gastroenterologist monitored my liver function throughout pregnancy and still is every 4 weeks now.

By two weeks he had an obscure head shake that no Neurologist or Metabolic Professor has ever been able to explain. By 4 weeks of age I knew he couldn’t see and it was confirmed − though his vision did come through gradually.

I literally scoured the earth looking for someone to tell me what was wrong with Harry He just became a baby pincushion.

By 8 months he started getting very constant chest infections and becoming more unable to cope.
At 18 months he hit the wall of dread and flatlined, he was resuscitated, he got worse for the next year, when he was in ICU it was noted that his chest x−ray showed how tiny his ribs were, and within a month we were diagnosed by one of the worlds most respected Geneticists Andreas Zenkle. By this time the head shakes suddenly ceased.

Harry is now 4, he is losing what vision he has. It is thought he has a form of Leibers and Retinal Dystrophy and is legally blind (but don’t tell him that).
His speech is delayed, but he is by no measure ‘slow’ he is doing awesome. His chest infection frequency has improved dramatically, although we are now concerned with liver and kidney results and of course his bones. Harry has a serious weight issue that we are still seeking answers too. Lots and lots of speech therapy and OT and Physio, lots of climbing to strengthen the muscles around his wee flat bones and of course letting him catch up on being a little boy.

My heart broke the day Harry was born and then when we finally had a diagnosis, however he has proven this disease can be beaten day by day. I believe that without major surgeries these kids do make way for their bodies to get better with time. But the wait is long and unbearable − I understand that too. I am scared for Harry, I always expect the worst, every day I dread a cold or a runny nose, because it escalates so fast.

There is no plan for these beautiful children who are surviving Jeunes and living at home, and no respite for the mums and dads who live in a genuine fear everyday of noticing every sign of their child becoming unwell and then having to have the ability to keep them breathing until we can get them to help.

It is an uphill battle with GP’s and hospitals because this is a rare disease. It is a struggle to get a plan for school, and resources for their small bones.

Harry is the most amazing person I know − he has never given up, not even when everyone else would have, he is giving life all he has got. I hope one day I can forgive myself for all that Harry has had to endure in his life; I will spend the rest of my life with the guilt I am sure. To My son Harry − Just Breathe. xx

Fast forward to the present, and having ignored Jeune’s for most of my life, the time recently came for me and my fiance to re-visit the syndrome, in terms of the potential impact on future offspring, which led to Jeune’s being confirmed by a geneticist in 2013. However, with middle-age impending, I am delighted to say that, even though my family has a history of heart disease (which I presume can’t be helpful in such a situation) my life is continuing pretty much as normal. Yes, I have some slightly unusual physical characteristics which may or may not be Jeunes-related, such as large-jointed fingers (or ‘funny fingers’, as my god-daughter used to say!), flat feet, hammer big toes, and a number of birthmarks (including one on the side of my head which I’m sure will prove to be a nightmare as and when I go bald!). On the other hand, my chest issues have long since seemed to have rectified themselves (any remaining ‘stomach’ being probably due as much to over-ingestion of fine beer than anything else!), and health-wise, the general prognosis seems to be positive. Only recently, I had to go to hospital for what turned out to be a chest and lung infection, however chest x-rays and associated tests taken at the time all came back without any Jeunes-related issues.

Whether I have just been mighty lucky, or have only a very mild case of the syndrome, it seems that Jeune’s syndrome is something which, so far, has not impinged greatly on my everyday life. Hopefully I will be able to say the same thing for many years to come.